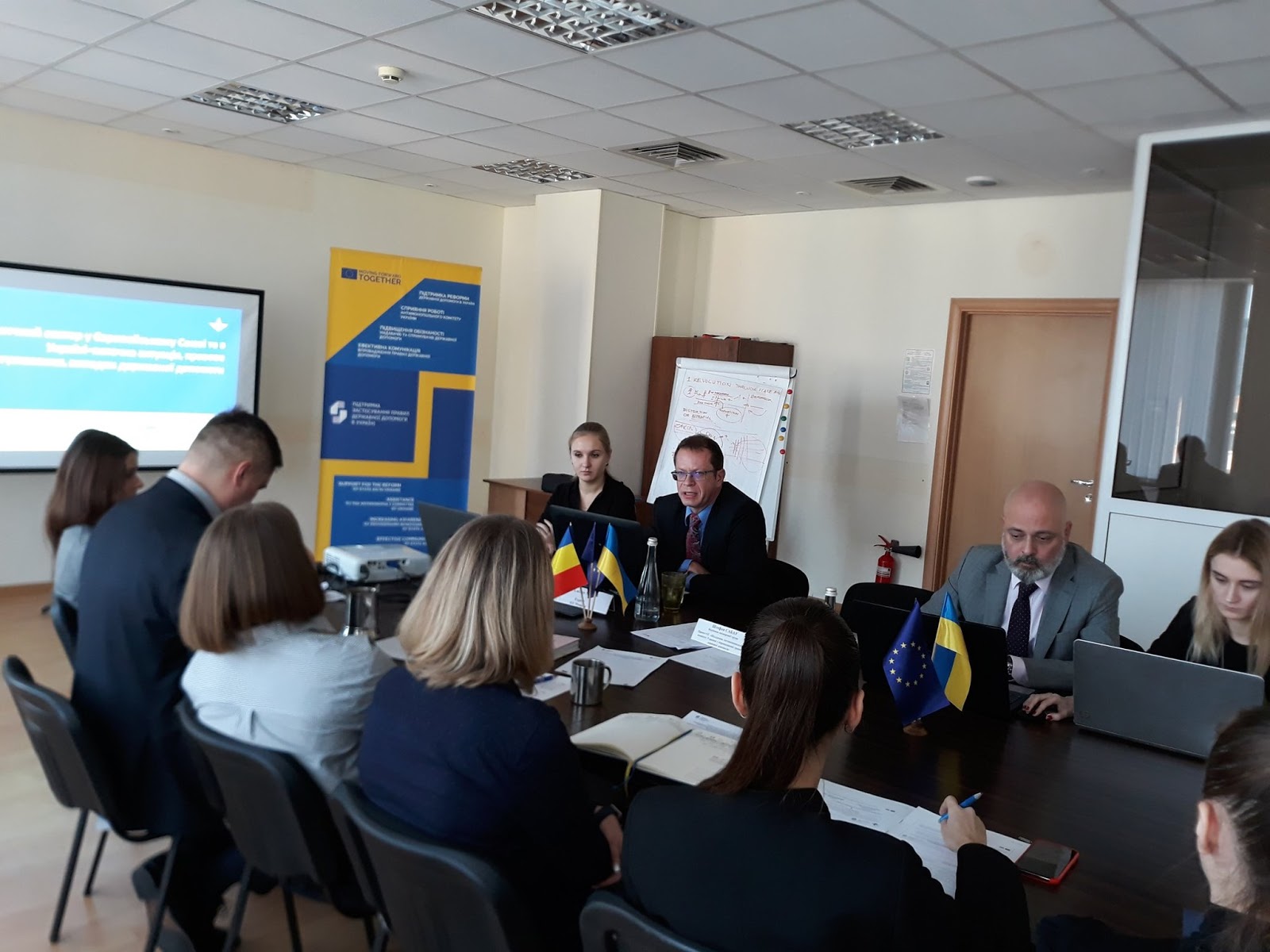 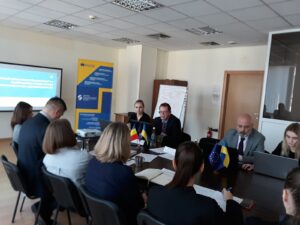 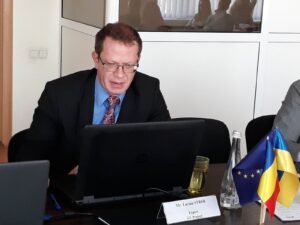 On 18 December 2019, a Specialized workshop on “Railway sector in EU and UA – Current situation, legal framework, State aid incidence” was held at the AMCU premises and organized by the SESAR Project. The representatives of the AMCU`s State aid Department and other departments took part in the Workshop. In the opening section of the Workshop,

Stefan Sabau, Project Team Leader, underlined that in the EU the railway sector is governed by a lot more specific rules, than in other transport sectors. In Ukraine the railway sector is a legal monopoly where the State manages the interstate transport and regulates both freight and passengers transport by rail.
Team Leader underlined the importance of learning the EU practice, the relevant legal framework and State aid incidence in Railway sector taking into consideration that Ukraine is obliged to align its national legislation in order to apply the EU legislation (8 Directives, 4 Regulations) in this field in the nearest future.

During the event, Lucian Stroe – the Advisor to the General Director of the Romanian Competition Council (RCC), Member of the National Railway Supervisory Council, a regulatory authority in the railway domain organized within the RCC and Senior Non-Key Expert in SESAR Project, explained in detail changes in the European policy in the field of rail transport. Rail freight transport has been completely liberalised in the EU since the start of 2007. The market for international rail passenger services has been liberalised in the EU since 1 January 2010.

Currently, the market for purely domestic rail passenger services is not yet being opened up to EU-wide competition. Mr. Stroe presented a comprehensive analysis on application of State aid rules in the railway sector in the EU, such as State aid criteria in the railway sector, State aid for coordination of transport, aid for purchase and renewal of rolling stock, Public Service Obligation (PSO) to provide passenger transport services, and calculation of adequate compensation for performing PSO, many other concrete examples from Member States and third countries. The topic of the workshop is very important as well in the context in which as State-owned enterprise “Ukrzaliznytsia” is excluded from the list of State-owned enterprises (SOEs) prohibited for privatization and its possible privatization in the future.